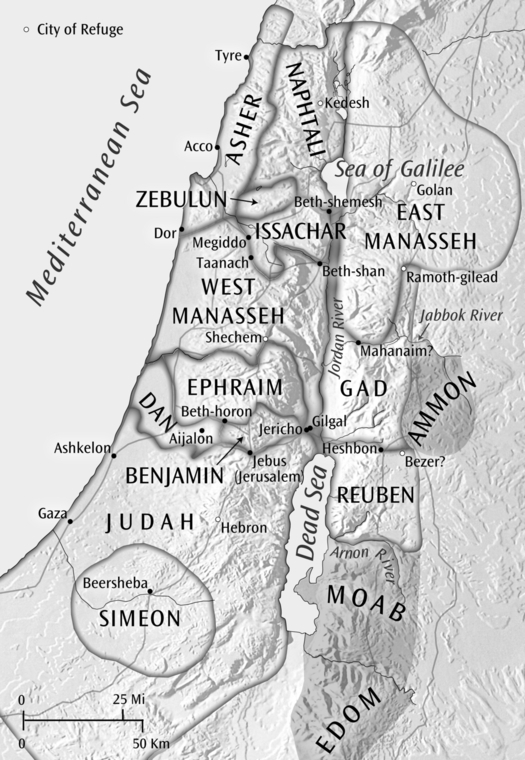 Today you should read: Joshua 15

Remember the silly arguments you had with your siblings when you were young? My brothers and I would bicker about things like who gets to ride in the front seat of the car, who got the last of the ice cream, who gets a turn at the video games, or who got the biggest slice of cake.

When you get to Joshua 15, you see who got the biggest slice of cake… Judah’s tribe. But why? Why do they get so much more than everyone else? Simple. His brothers were VERY disobedient (see Genesis 35-35). Thus, their slice — significantly smaller.

One commentator described this chapter like this: “Judah’s tribal allotment is described in greater detail than that of the other tribes. The failures of Judah’s elder brothers (Genesis 34:25-31; 35:22) put him in line to receive the mantle of leadership. Thus, the tribe of Judah received a central geographical position among the tribes, guaranteeing its leadership in the nation (Genesis 49:8-12; Deuteronomy 33:7).”

While the tribe of Judah had the privilege of owning prime real estate, they also made a significant mistake. The final verse of this chapter says:

“But the tribe of Judah could not drive out the Jebusites, who lived in the city of Jerusalem, so the Jebusites live there among the people of Judah to this day.” Joshua 15:63

WHAT?!? Judah could not drive out the Jebusites? Really? Is not the God of Israel much stronger than the idols of the Canaanites? What could stand in their way, especially since they were enjoying so many victories?

It was probably more of a “did not” rather than a “could not”. While it may seem insignificant, it was directly against what Moses told the Israelites (he made it clear that the Canaanites should not live among Israel). And guess what? It caused them problems later:

One of my study Bibles (ESV) put it this way: Perhaps statements of what Israel “could not” do are to be read as early evidence of spiritual slippage—of failure to follow the Lord “wholly” (see 14:8)—which will become increasingly evident in the book of Judges.

This chapter makes me examine my sin with a magnifying glass. How often are we like this? God has made something clear, yet we simply do not obey and follow through?