So Adam and Eve were separated from God. 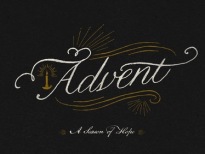 God did not send Jesus to rescue His people right away. God waited thousands of years to send the Rescuer. During that time, God’s people faced many hard things. While they waited, God gave them hints and clues about how Jesus would come, what He would do and what He would be like. These hints, written in Scriptures by prophets, would help God’s people wait. The verse from Isaiah that we read together after lighting the Advent candle was written while God’s people waited those thousands of years for the Savior.

During that time, God made other promises to His children and kept those promises. Each time God made and kept a promise, it helped His children trust that He would be faithful to His promise to send Jesus to rescue them from their sins.

(Devotional credit: The Village Church – “Advent: He Keeps His Promises” )