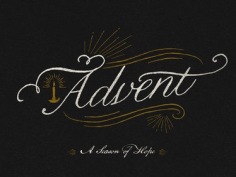 Joseph is the unsung hero of the Christmas story. For the most part, there are no Christmas songs about Joseph. Yet he really is a hero. The Bible tells us that Joseph was a “good man” (Matthew 1:19). Deeply in love w
ith Mary, he was no doubt jolted by the news that she was pregnant.

Yet Joseph loved Mary, and the Bible tells us that he “did not want to disgrace her publicly, so he decided to break the engagement quietly” (Matthew 1:19). In other words, Joseph was thinking, I’m going to say that I can’t marry her now, but I’m certainly not going to publicly shame Mary, either.

While he was pondering this, an angel appeared to Joseph and told him, “Do not be afraid to take Mary as your wife. For the child within her was conceived by the Holy Spirit. And she will have a son, and you are to name him Jesus, for he will save his people from their sins” (verses 20–21).

That was all Joseph needed to hear. He could have walked away, even after he knew the truth. But he stood by Mary. And just as surely as God chose Mary to be the mother of the Messiah, he chose Joseph to be a father figure on Earth for Jesus.

When God uses a person, there is a sacrifice to make. It won’t be an easy path, but it will be a fruitful one—and you will look back later in life and be glad that you took it.