Today you should read: Jonah 4

After running away from the Lord and the calling He placed on Jonah’s life, he was finally obedient to Him and got on mission. That mission led to the hardest of hard people repenting of their sin and giving their lives to Christ. This is like a revival for Jesus in Las Vegas or something. You’d think Jonah would rejoice over this but he doesn’t. Instead he acts like how we act when things in church and with God’s mission don’t go the way we really want them to.

First, we see Jonah becoming selfish and wanting self-pity (v. 1, 5).  We act the same way when it’s about us instead of others. Church becomes about us, events, Connect Groups, discipleships, and conversations are about us and soon we find ourselves watching from the outside when the mission is about others.

Next we see how Jonah gives God excuses and over exaggerates situations (v. 6-8). “Oh the worm ate my plant that gave me shade, I’m better off dead, KILL ME GOD, KILL ME.” 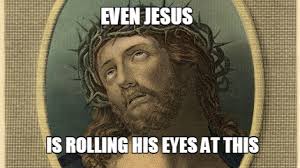 Pllllllllease, Jonah. As frustrated as I get when reading these verses, I know that myself and probably many of you can come up with excuses about why we don’t share the Gospel, give up on the mission, stop inviting people to church, and then over exaggerate situations we’re not happy about. “My Connect Group doesn’t love Jesus because they only pray for 5 minutes instead of 10 mins… Our church doesn’t preach the Gospel because there’s no altar call in the end.” Greg Haslam once said “When we pre-occupy ourselves with minor distractions, God wants to save multitudes.”

Then we see how Jonah stays stubborn in his sin (v. 9). This is where Jonah really acts like a whiny little baby. Can I write that about one of God’s prophets? I don’t know, but I just did because I believe in proper context; that really is the best exposition of this passage. The first time God asks him if he’s justified in his anger, he didn’t answer, but now he’s answering like a middle school girl on social media.

But again, this is true for all of us. We stay stubborn in our sin when we lose a burden for others around us, especially the lost.

Last of all we see Jonah renounce God’s mercy and grace (v. 2, 10).  In the end, Jonah got exceedingly angry, stubborn and selfish because he did not want God to forgive and save Ninevah. It’s always dangerous when we play the role of God and pick or choose who should receive God’s mercy and forgiveness. But God teaches Jonah (and us) through the plant he took away, and the fruit he was bearing in the Ninevites lives, that we can care about or pity something that we didn’t make or have control over in the first place. We can’t afford to forget God’s grace—to forget who gives the gifts and how He keeps on giving.

Today you should read: Jonah 3

God told Jonah to go to Nineveh – to preach repentance to them.  This was Jonah’s calling and training – he was a prophet. As you know, Jonah didn’t want to go – so he disobeyed God in a big way.  He paid the price and spent three horrific nights in the belly of a fish in the middle of the ocean.

In today’s reading, God is speaking to Jonah a second time.  Anyone grateful for second chances? This time Jonah obeys with his feet – but is still disobedient in his heart.  How many times do we do that? Do what we’re told – but with a bad attitude – maybe even resentment toward God.

The people of Nineveh listened and repented of their evil in amazing ways.  They turned to God in one of the world’s biggest known revivals. God used Jonah’s obedience but disapproved of his heart attitude.

Why’s our hearts matter so much?  Why isn’t it OK to just obey in action regardless of our heart?  Because God looks at and judges the heart

People judge by outward appearance, but the Lord looks at the heart.  1 Samuel 16:7

So…how’s your heart today?  Is it healthy and godly or trashed out and all about me?  How can you tell? Our actions reveal our heart….

But the words you speak come from the heart—that’s what defiles you.   For from the heart come evil thoughts, murder, adultery, all sexual immorality, theft, lying and slander. Matthew 15:18-19

What’s on the inside shows on the outside.  Only God can change a heart. Ask Him – He can change yours.

And I will give you a new heart, and I will put a new spirit in you. I will take out your stony, stubborn heart and give you a tender, responsive heart.  Ezekiel 36:26

Today you should read: Jonah 2

Jonah 2 records a prayer, the style is in that of a psalm. Compared to the book of Psalms, Jonah’s psalm is pretty standard. Jonah offers up a thanksgiving psalm, complete with a desperate plea, confession, and thanksgiving for God’s deliverance. The big difference is that this psalm was constructed in the belly of a fish. I mean, David had it pretty bad out in the caves, but by the time he got to En Gedi, that’s a pretty nice oasis. When Jonah says, “…yet you brought my life from the pit,” that “pit” was pretty low.

Did Jonah really get swallowed by a giant fish? I believe he did. I don’t think this story is just made up or that we can dismiss these events. I think Jonah is an incredible story of God’s love for people and Israel’s utter shame.

Jonah was a prophet in the Northern Kingdom of Israel. As you know the land was divided in between north (Israel) and south (Judah) not long after the death of David’s son, Solomon. The Northern Kingdom was established in idolatry and never recovered. Eventually, it was destroyed by Assyria. Before that happened, however, God sent several prophets to show Israel the error of her ways. One such prophet was Jonah.

Jonah represented the best and brightest the Northern Kingdom, Israel, had to offer. What happened yesterday in chapter 1 when God called him to do the job of a prophet to the people of Nineveh? He ran. Not only did he run, but the pagan sailors showed more righteousness than Israel’s representative. Finally, in chapter 2, Jonah doesn’t so much repent as relent. He finally acts like the pagan sailors—which is bad that it took this long and these circumstances.

It’s easy to pick on Jonah. Ultimately, we see Jonah’s complete lack of concern for the people of Nineveh in that he cares much more for the shade of a plant than the thousands that would be condemned outside of a relationship with the Lord (Jonah 4:10). Why should he care, though, they were terrible people? Nineveh was a great city of the Assyrian Empire and they were brutal. In ancient warfare, a way to prevent wars and skirmishes was to become so feared that people did not stand up against you. Basically, to do this you committed the most heinous war-crimes you can think of, and most of your enemies just backed off. String up the tortured bodies of your enemies, put their heads on pikes, brutalize their women before selling them into slavery, and you won’t have too many enemies left—they’ll join your team really quick. This is the reputation of the Assyrians and possibly part of the reason Jonah had rather see them judged than saved.

However, it’s not his, nor our, place to withhold God’s message of salvation. Jonah was Israel’s best, and the best didn’t reflect God’s heart at all. May it not be so with us. God did not save us so we would keep it to ourselves. In the same way, God did not save us only to share it with those we like. God’s salvation must be offered to everyone, especially those who seem the furthest away. Don’t make God have to get your attention before you realize that fact.

Today you should read: Jonah 1

Today begins our study of the book of Jonah! This is an interesting and unique book in the Bible, and I encourage you to watch this quick video before you read any more!

The book starts off with a command from God for Jonah to go to the great city of Nineveh. Nineveh, the capital of Assyria & Israel’s enemy, was a wicked place. Right from the beginning, we see the disobedience of Jonah. God tells him to go one way, but he goes the opposite.

Disobedience has consequences, and we see that immediately here. God brings a fierce storm that could destroy the ship that Jonah was on. Interestingly, the sailors on the ship, who were pagans, realized that this storm was a punishment from some deity for wrongdoing while Jonah, the prophet of God, slept and did not pay attention to the work of the Lord.

When the sailors cast lots to see who brought this storm upon them, it became clear that this was Jonah’s fault. When they asked Jonah why this storm was upon them, he answered, “I am a Hebrew, and I worship the LORD, the God of heaven, who made the sea and the land” (v.9). This statement gives us insight into just how disobedient Jonah is! Jonah knew the extent of God’s power and authority over Creation, yet still disobeyed.

You know the rest. Jonah is thrown into the sea, swallowed by a fish, and stays there for three whole days, but you know who doesn’t get attention in this story? The sailors. These were pagan men, worshiping idols and living for themselves, but one encounter with the Creator God changed their lives forever. After this encounter, the sailors worshiped God, while the prophet disobeyed him.

So what can we take from this story?

I think the entirety of the book of Jonah foreshadows the coming of an upside-down Kingdom of God where the first are last, and the last are first. We see sailors and other wicked people repenting of their sin and following the Lord while the prophet of God is disobedient, hard-hearted, and unloving. Sound a little familiar to Jesus’s time? When Jesus came to earth, the tax collectors, prostitutes, and other sinners flocked to him in repentance and worshipped him while the religious leaders of the time rejected him.

And for us churched folk, if we aren’t constantly recognizing and repenting of our messed up-ness, then maybe we aren’t truly understanding how God’s Kingdom works. God isn’t interested in our outward works of religiosity without us having a repentant heart and deep inward love for Him. Our “obedience” isn’t obedience without the right heart attitude.

Think about one way that you have been disobedient to God recently. Repent of that sin, and ask God to create in you a clean heart (Psalm 51).